Amazon CEO Jeff Bezos was the latest CEO to come out against President Donald Trump’s executive order banning immigrants and refugees from seven predominantly Muslim countries from entering the United States. Bezos joins a number of CEOs across the country who are taking an active role — unlike ever before — in a politically charged environment, according to the Seattle Times. 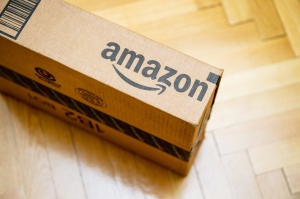 Drexel University’s Daniel Korschun, PhD, an associate professor in the University’s LeBow College of Business, spoke to the paper about companies vocalizing their positions on political issues, a phenomenon that is more prominent in Silicon Valley and tech hubs like Seattle.

While corporate political activism has been slowly building up, “it was during the last election cycle that it reached another gear,” Korschun told the Seattle Times.

“The election created such a polarized atmosphere that many executives felt they had to speak on either side,” Korschun said, adding that tech executives were “by far the most outspoken.”

Korschun’s most recent research focuses on how these political positions impact a company’s corporate reputation and the relationship with its customers. You can view his latest poll on the aftermath of the Lyft and Uber (both app-based, ride-hailing services) reactions to the ban on DrexelNow.