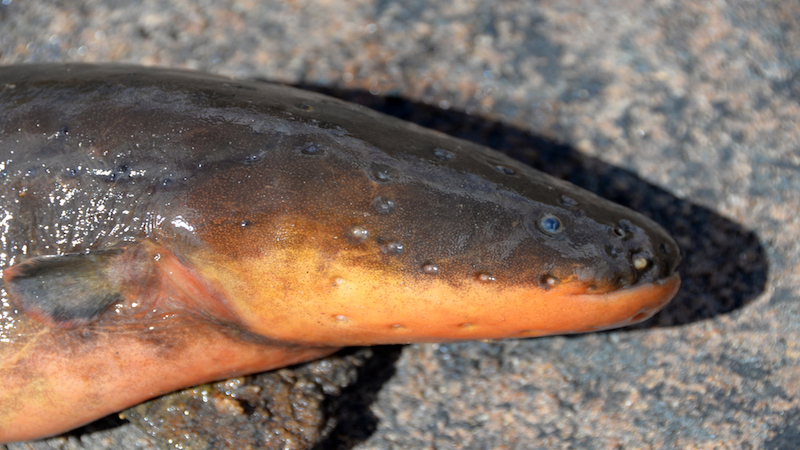 How many species really inhabit our Earth? Estimates soar as high as 8.7 million – and if that number rings true, then we’ve only identified and described 15 percent of our world’s species!

At Drexel and the Academy of Natural Sciences of Drexel University, scientists have helped enter dozens of new species into the scientific record during 2019. Below are a few of these new discoveries.

DIATOMS
Adlafia neoniana, is a new diatom species from forest streams in Puerto Rico. Donald Charles, PhD, a senior scientist at the Academy and a team of international researchers collected samples of the new diatom in two streams as a part of a long-term monitoring program conducted by the National Ecological Observatory Network (NEON).

“This is the first taxon collected as part of the NEON project to be described as a new species – and thus it is named after the Neon project,” explained Charles. “Also, this taxon is found in good water quality conditions and its presence, or lack thereof, is potentially a good indicator of ecological change in tropical streams.”

Navicula eileeniae is a new diatom species with an unusually shaped external raphe slit, undulate toward the diatom’s proximal ends. This character feature has only been found in a single other Navicula species found only in Europe.

Marina Potapova, PhD, associate professor in the Department of Biodiversity, Earth & Environmental Science (BEES) in Drexel’s College of Arts and Sciences and assistant curator of Diatoms in the Academy of Natural Sciences of Drexel University, is an author on the study which confirms that a population of previously unknown Navicula species has been expanding in Central Appalachia since 2007.

EELS
The new discoveries of Electrophorus varii and Electrophorus voltai show a shocking diversity of electric eels in South America, and helps unearth what historical events might have promoted the evolution of the species. Mark Sabaj, PhD, interim curator of fishes at the Academy of Natural Sciences of Drexel University, is well-versed in techniques for catching electric eels both with and without getting shocked. His skills were well utilized in the collection of this new species.

FISH; ALIVE AND FOSSILIZED
Bryconops rheoruber, is a new species of Tetra from the rio Xingu Basin in Brazil. The characiform fish commonly called Tetras, is the largest group of freshwater fishes. The group includes the tiny neon variety that are aquarium favorites; dogtooths and dorados, popular in sport fishing; the human-toothed pacus; and the menacing piranhas. Sabaj recently worked with a team of researchers who asserted that this diverse group of fish actually share a single common ancestor.

Antiarchs filled an important ecological niche in Devonian ecosystems, yet the entire group went extinct as the Devonian era ended. Asterolepis alticristata, is a new species of armored fish, unique among other closely related species because of a very distinctive, tall dorsal crest on the bony plates that encase the trunk region of this aquatic animal. Ted Daeschler, PhD, associate professor in the department of Biodiversity, Earth & Environmental Science and associate curator of Vertebrate Zoology at the Academy of Natural Sciences and Jason Downs, PhD, a research associate in the Academy, collected the new species at the same site as Tiktaalik roseae during several field expeditions from 2000 to 2008.

BIVALVES
Rheodreissena cordilineata and Rheodreissena xinguana are two new species of small freshwater mussels in the family Dreissenidae, both restricted to rapids in clearwater rivers of tropical South America.

“The construction of the Belo Monte Dam Complex flooded and dewatered large stretches of rapids in the Middle Xingu River,” explains Sabaj. “These two new species of bivalve mussels are dependent on such rapids for survival, and future studies that monitor their response to the new, heavily altered environment will be crucial.”

As alluded to by its name, most shipworms bore into and digest wood, this new species, Lithoredo abatanica, is unique in that it actually eats rock as it burrows and expels sand as feces. Gary Rosenberg, PhD, professor in the College of Arts and Sciences, and Pilsbry Chair of Malacology in the Academy of Natural Sciences of Drexel University was part of a team that examined and described a new anatomically and morphologically divergent species of shipworm.

Media interested in speaking to any of the featured researchers should contact Emily Storz at els332@drexel.edu or 215-895-2705.