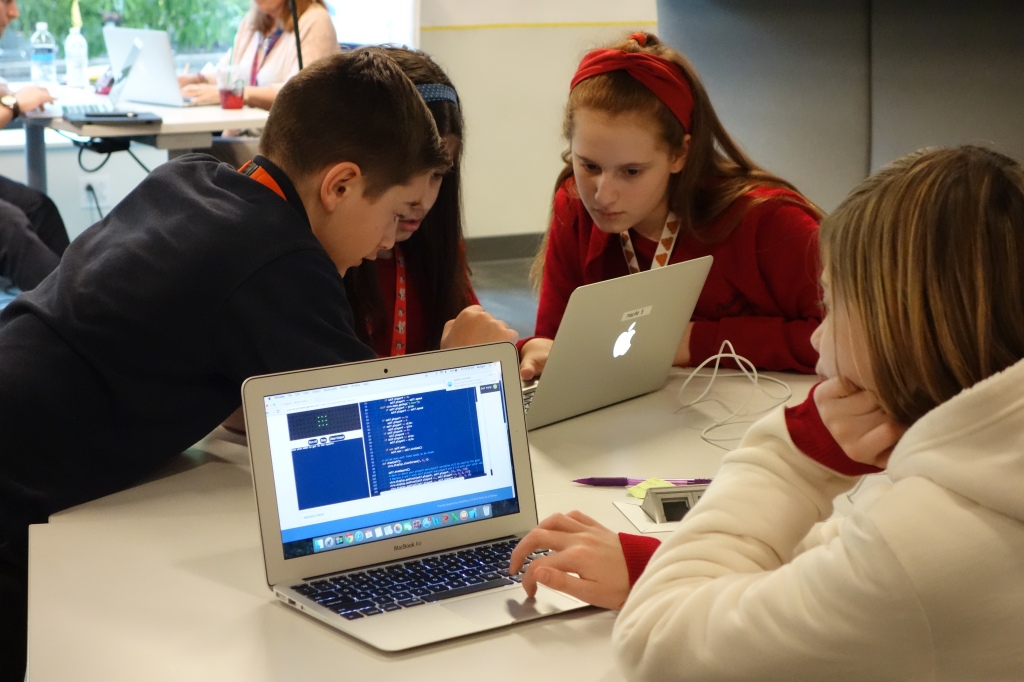 Access to technology has undeniably improved over the last decade, but that has not resulted in greater diversity among the leadership and workforce of the tech industry. Silicon Valley is notoriously dominated by white, male CEOs. Among the top technology companies, Google, Facebook and Microsoft, not one employed more than 30 percent women as of 2018; and across 177 companies in Silicon Valley, representation of black and latinx employees in the workforce is staggeringly low.

Aside from the moral and economic implications of this disparity, it’s also likely hampering true innovation in technology, according to Drexel University Professor Youngmoo Kim, PhD. Kim, who directs Drexel’s Expressive and Creative Interaction Technologies (ExCITe) Center, recently gave a talk on the subject at TEDxPhiladelphia. Kim offered up a number of ideas for how to overcome what he calls the “monoculture” of technology and work toward a more representative workforce in tech.

Stepping outside of the truncated format a TED talk, Kim expounded on his thoughts with the Drexel Newsblog.

You note that access alone is not sufficient to achieve equal economic opportunity through technology. But I think you’d agree that it is absolutely a necessary first step for this type of growth in inclusion and diversity – and that’s something that has only recently been achieved, maybe just in the last decade, depending on the goal.  With this in mind, what would you say are reasonable milestones for equity at this point?

We have made significant gains in terms of access (90 percent of U.S. adults under 50 have a smartphone with internet connectivity), but we’re no closer to equitable representation in technology than we were prior to the iPhone era. I think a reasonable initial milestone would be doubling the number of underrepresented minority college students (including women) in technology and related fields (particularly computing and engineering) from current levels, which are frankly embarrassing.

Similarly, substantially increasing diversity among employees in the tech industry (particularly within the giants: Amazon, Apple, Facebook, Google and Microsoft) is another milestone. It won’t happen overnight, but it won’t happen at all until we change our current approach.

You mention a pervasive idea in tech and academia that “the new, new thing will solve the problem… if we simply make the tech good enough, then we would achieve equity” what are some examples of the results of this thinking that have fallen short in their goals of improving inclusion?

There are too many examples to list. Let’s start with computers in classrooms. Many more schools have them, but it hasn’t really changed educational outcomes. Robotics competitions are a big and growing trend, but we see highly stilted demographics among participants (very few students of color).

There are so many tech buzzwords and trends — online learning, “learning to code” apps, AI-driven “personalized learning,” to name just a few — and none has made much of a dent in improving equity and diversity in tech, and they often increase the participation gap.

You suggest music as an example of a pathway to diversity, I think we’d all like to see that happen in technology — but on a shorter timetable perhaps. When looking at tech’s progress on that pathway to this point what gives you confidence that it can get from Bach to Beyoncé in less than 250 years?

Technology is an amplifier. If we amplify the right things: inclusion and greater cultural understanding, we could greatly accelerate the path. My fear is that recent trends point toward the opposite direction: venerating all things tech — because it’s incredibly profitable — which fuels greater inequity and exclusion.

The worst thing I hear is that “tech/computers are machines, which can’t be biased,” which is absolutely not true. We all carry biases, and technology and computational algorithms are created by humans. The problem is not that implicit bias exists, it’s when we refuse to acknowledge its existence.

What would you say is an example of a “hip hop”-like innovation in technology? Or if we haven’t seen one yet, what would it look like?

If I knew that, I’d be out raising venture capital right now!

One example that actually arose from hip hop is Beats. They have good technology (though audio “purists” hate them… there’s always haters), but they recognized that young people view headphones as a vehicle for personal expression.

Perhaps something very different will emerge from a combination of tech and a keen sense of cultural awareness, maybe intersecting with fashion or even cosmetics. Hollywood may also provide some clues with the tremendous success of films like “Black Panther” and “Spider Man: Into the Spiderverse,” which celebrate a broader and more inclusive cultural perspective.

I think the “hip hop of tech” may be something like that, where it will feel like it’s been there all along, but someone will need to reveal it for the rest of us.

You allude to the point that lack of access to training and education is a major reason we still aren’t seeing a growing culture of inclusion in tech  — can technology be part of the solution to improve access to quality education?

Technology is a tool, but not a solution in and of itself. In the hands of a good educator, smartphones, and computers, more generally, can be an incredible learning tool. Unfortunately, for the most part we don’t include that aspect in training our future classroom teachers.

Fundamental tech training is just not well integrated into most teacher preparation programs. We need greater collaboration between education and engineering, computing and other departments — and yes, that goes for us at Drexel, as well.

Where does adult education and training fit into all this, especially as companies are shifting toward automation and looking at retraining their workers to move into tech jobs?

I believe our job is to instill a desire for lifelong learning in all our students; that we should constantly be learning and acquiring new skills. And that’s a good thing! People are not robots… you don’t program us with some knowledge in school and then ship us to work to apply that exact knowledge over and over.  The amazing thing about humans is our ability to adapt, learn, and change when presented with different conditions. The tragedy is that we haven’t done more to leverage that capacity and enable more people to achieve their fullest potential.

Retraining can and should be part of that, and it will require significant additional resources. I’m glad Amazon, for example, is investing in employee training, but really, it’s the least they can do. I think responsible corporations should continually invest in their employees, giving them the opportunity to learn and grow. I also believe this is an opportunity for industry and higher education to partner more closely, to help our programs best prepare students for future demands, but also to keep injecting “disruptive” ideas into the system. After all, isn’t that the point of education — to disseminate new knowledge and better ways of doing things?

Youngmoo Kim, PhD, is co-author of Making Culture, the first in-depth examination of educational makerspaces in the U.S. He has also presented his findings at South By Southwest Education. The ExCITe Center will host the Malcolm Jenkins Foundation’s Young Dragons Summer STEAM Camp and Kim’s Summer Music Technology program this summer.