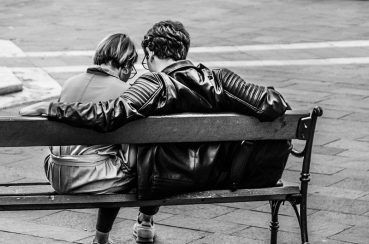 It’s been a rough couple of months.

Super-strong hurricanes, intense earthquakes and saber rattling with a nuclear adversary have now given way to the worst mass-shooting the United States has ever seen. And the shooting that was eclipsed by the one Sunday night in Las Vegas was just 16 months ago.

It can all be a little tough to take in. Technology and a news cycle that never takes a break put every new traumatic event right in front of our faces.

Following the Las Vegas shooting, a pair of faculty members from Drexel’s College of Nursing and Health Professions provided some healthy advice for both adults and children in how to deal with the thoughts, feeling and anxieties that have come in the shooting’s wake.

First and foremost, what people are feeling, even though they might have only witnessed it in a tweet or on the news, is completely valid.

“Secondary trauma can feel the same as if you were there for the incident,” Ebony White, PhD, assistant clinical professor in Behavioral Health Counseling and Couple and Family Therapy, said on KYW-TV (CBS-3) Monday. “So because we’re inundated with media and social media, we see these events happen over and over again. Even though it’s far away, it can leave many of us feeling helpless and hopeless.”

What is particularly striking — and impactful — about incidents like the Las Vegas shooting is that they are so unexpected. The unexpectedness can even rattle those who have sadly had to regularly deal with violence in their lives.

“Unfortunately, in urban communities — especially those plagued by violence — they’re already trying to deal with, or navigate, their own communities, where they have this preparation for events they anticipate,” White explained. “So with community violence you’ve already figured out where to be and where not be: ‘Don’t be in the wrong place at the wrong time.’ When things like this happen, there’s no preparation. It really compounds that sense of helplessness.”

In light of that, White said there is a mistake we routinely make after traumatic events.

For parents to talk to their kids, though, they need to take care of themselves, according to Yasmine Awais, assistant clinical professor of Creative Arts Therapies.

“Adults cannot help children cope if they are feeling overwhelmed themselves,” Awais said in an Oct. 3 Philadelphia Inquirer article. “The American Art Therapy Association recommends ‘taking time for reflection and self-care.’ The American Psychological Association notes the importance of building resilience as ‘an important part of preparing for the unexpected.’”

Awais agreed with White, saying that “avoiding the discussion is not useful” when it comes to children.

“For a young child, it may not be necessary to broach the topic directly but to answer any questions they have if they come up,” Awais said. “Another approach is to ask your child what they talked about or heard in school today, whether they discussed current events. Adults often do not realize that children are amazing listeners and can pick up on many things.”

“The first thing you need to know is to use language that makes sense to them,” White said. “And, also, don’t start with information. You want to follow their lead. So ask them first, ‘What do you know about what happened?’”

Children want to be safe, Awais said, so having emergency plans can be reassuring to them.

It is important to meet children where they are, too. A grade-schooler and high schooler likely won’t have the exact same thoughts and concerns.

“With all ages, be honest,” Awais said. “It is okay to say that you do not know. With a middle schooler or high schooler, it may be important to be more direct and broach the topic. An older child may initially say they are okay, but that does not mean an uncomfortable discussion isn’t warranted.”