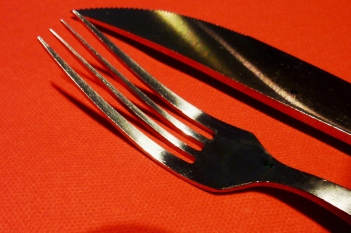 National-level numbers can sometimes be deceiving, it seems. Although hunger appears to be declining across the country, research by Mariana Chilton and her team found that hunger among North Philadelphia’s children with working parents has tripled within the last decade.

As part of Children’s HealthWatch, Chilton, PhD, professor in the Dornsife School of Public Health and director of the Center for Hunger-Free Communities, studied data for North Philadelphia between 2008 and 2016 and found that food insecurity went from 3.1 to 9.7 percent for children whose parents worked more than 20 hours a week.

That means that even kids whose parents work full-time can feel consistent hunger pangs. This includes Stephanie Sakho’s children — a 10-year-old and 1-year-old — who don’t always get enough to eat even though their mother works 40 hours each week.

“I think people would be surprised that there are kids in the city not getting enough to eat,” Sakho told Al Lubrano for a Sept. 18 Philadelphia Inquirer article.

Sakho is a participant in the Center for Hunger-Free Communities’ Building Wealth and Health Network, a program that provides trauma-informed support and financial empowerment classes to families with government assistance. Even with the assistance of the Network — which attempts to help participants start saving by matching deposits to a bank account — Sakho is like many Philadelphia mothers who are struggling with stagnant wages and high rent to nourish their children.

“The trend looks terrible for working families. You can’t be working class and thrive,” Chilton told Lubrano for his article. “This should surprise us — and stop us in our tracks.”

So while national numbers are improving, it may be masking what is happening in traditionally vulnerable populations that are often hidden within those national rates. (It isn’t just confined t to children: Older people are also dealing with more hunger, according to this Washington Post article).

So while there’s no single way to fix a problem like this, what could help hard-working people with children like Sakho?

“The standard refrain is that if a person works, he or she won’t be poor, won’t be hungry,” Chilton said in the Inquirer. “That couldn’t be further from the truth in Philadelphia.”