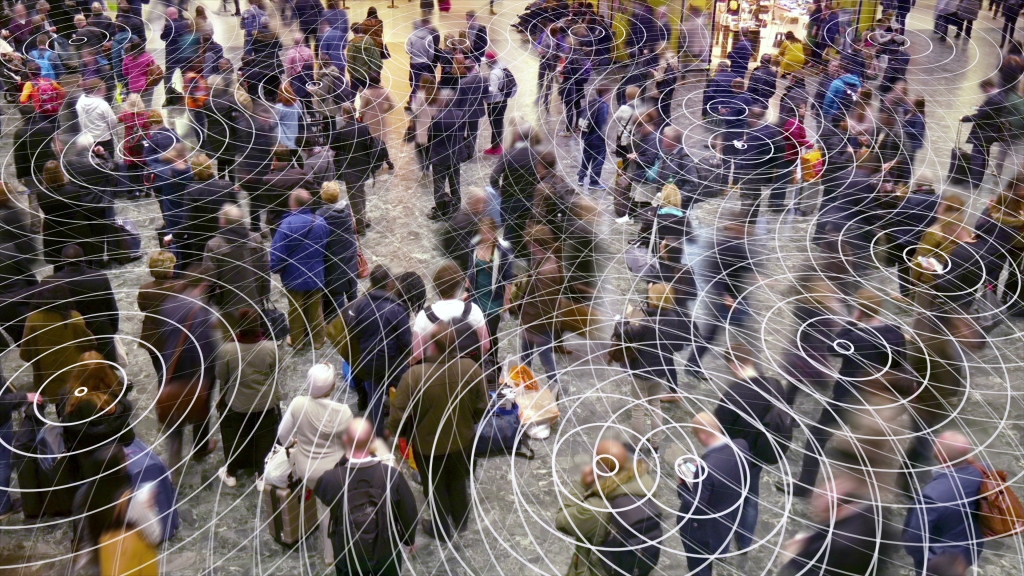 As anyone who has ever tried to manage a shared vacation property will tell you, it’s not easy divvying up access to keep everyone happy. Now imagine how difficult the job would be if, instead of a beach house, you were managing the entirety of the radio frequency spectrum – and the “renters” you’re trying to appease are anyone and everyone who owns a wireless communication device.

That’s the nightmare scenario proposed by the Department of Defense in the DARPA Spectrum Collaboration Challenge. An intrepid group of students and researchers at Drexel University is taking it up and trying to create a spectrum sharing program that keeps everyone connected, and could lead to a $3.75 million prize.

Analysts predict that there will be more than 100 billion connected devices demanding space in the radio frequency spectrum by 2020. If that’s the case, under current static spectrum allocation policies, managed by the Federal Communications Commission and the National Telecommunications and Information Administration, we could see more communications black-out scenarios caused by high traffic.

These traffic jams happen, not because the entire radio frequency spectrum is occupied, but because it has been sectioned off and allocated for specific uses, and overloaded sections can become inundated with users. We experience this spectrum congestion phenomenon in slowed internet connection speeds or dropped calls on a crowded train or bus when everyone is trying to connect to the same wireless network. Or, during crisis events when it’s nearly impossible to make a call using your cell phone.

But, at the same time, there are other sections of nearby RF spectrum that are barely used.

To take advantage of this situation, and stave off spectrum overload, DARPA is challenging competitors to “reimagine spectrum access strategies and develop a new wireless paradigm in which radio networks will autonomously collaborate and reason about how to share the radio frequency spectrum, avoid interference, and jointly exploit opportunities to achieve the most efficient use of the available spectrum.”

Right now, commercial wireless network providers like ATT and Verizon pay exorbitant fees to the FCC to purchase exclusive rights to use sections of spectrum for their customers. The FCC has also allocated a limited amount of unlicensed spectrum for anyone to operate their WiFi or Bluetooth radios.

For the Department of Defense, the NTIA keeps track of the U.S. Federal bands used by military, police, fire and emergency workers. A major challenge for the NTIA is the growing trend in deallocating federal spectrum and reallocating it for civilian use – increasing the spectrum crunch felt by federal users and motivating DARPA’s creation of the Spectrum Collaboration Challenge. In recent years there has been a mad dash to purchase exclusive rights to use the reallocated spectrum as it becomes available or to absorb companies in order to obtain their spectrum usage rights. There simply is not enough spectrum for static assignments of users to sections – especially as everyone’s need for additional spectrum increases over time.

So the Spectrum Collaboration Challenge is basically asking engineers to come up with a better system – an automated AirBNB for spectrum sharing, if you will, rather than the stressed-out property manager model.

To compete, each participant in the challenge must create their own software-defined radio design that is intelligently and autonomously controlled. While radio researchers have previously added artificial intelligence algorithms to control “cognitive radios,” the DARPA challenge program introduces the concept of permitting different radio networks to exchange collaboration messages, which allows them to negotiate how each radio network accesses the shared spectrum.

These collaborative intelligent radio networks use a language to trade spectrum allocations and jointly maximize their performance in the shared spectrum. This helps devices avoid spectrum congestion so the phone call, or email, will always go through on the first try.

“[The Spectrum Collaboration Challenge] sets out to bring the software defined radio and artificial intelligence communities together to fundamentally rethink 100 years of spectrum practice, and tackle the original and enduring spectrum grand challenge: efficient coexistence of all wireless communications,” said Paul Tilghman, a Drexel alumnus and program manager in DARPA’s Microsystems Technology Office, which runs the Spectrum Collaboration Challenge. “I’m excited to see these two communities combine their efforts to take on such an important problem. The teams participating in Phase 1 are all well-poised to see this vision through to fruition.”

Over the next several months, 30 teams will develop and test their artificial-intelligence-enhanced, software-defined radios in a spectrum “colosseum” that emulates the interaction of up to 128 radios. Teams will scrimmage in the colosseum during six events, starting in June and culminating in a competition event in December. But rather than figuratively pummeling each other in these head-to-head matchups, teams will be judged on their radio network’s ability to adapt, learn, and collaborate with their opponents’ radio networks so that the team that produces the radio with the best “collaborative intelligence” wins the competition.

“Our goal is to develop a radio AI that uses the SC2 collaboration language to express its goals and plans while learning about its spectrum neighbors’ and how to best coexist with them,” said Alex Lackpour, a doctoral student in the Drexel Wireless Systems Laboratory in the College of Engineering who is leading Drexel’s team. “Over the years, radio technology was developed for specialized purposes, each with their own protocol – push-to-talk radios, computer networks, cellular networks, and now the Internet of Things (IoT) — it’s resulted in protocol soup. We’re looking at creating a basic collaboration language that can be threaded through all these devices that will let them to exchange information and sort out how to use the spectrum without requiring human supervision, regardless of their protocol type.”

Drexel’s “Team Dragon Radio” is one of just 15 collegiate teams to earn a place in the competition from a field of 113 “open track” applicants. The group includes students in the College of Engineering and members of the Drexel Wireless Systems Laboratory — a group of researchers led by Kapil Dandekar, PhD, who design and build prototype experimental wireless communication systems — and Chad Spooner, senior research scientist at the Washington-based independent basic and applied research firm North West Research Associates. The team is also supported by a grant from the National Science Foundation.

Teams will submit its final code in November and winners will receive additional funding and advance to a series of preliminary events held over the next two years. DARPA will crown the champion in September of 2019.