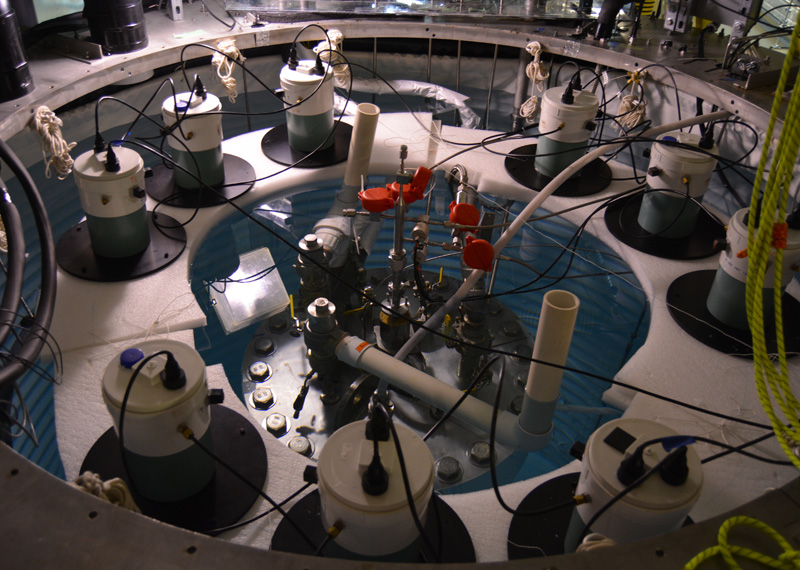 We all know that about 70 percent of the Earth is covered in water. That’s something you learn in elementary school.

Now, imagine that 80 percent of the Earth was covered in water — but we couldn’t see it and didn’t know exactly where it was, just that there was something else out there.

That gives you a glimpse of how dark matter exists in our universe — and in our collective understanding: There’s a ton of it, we don’t really know anything about it, but there’s a lot of indirect evidence saying it’s there.

So that’s why Russell Neilson, PhD, an assistant professor in Drexel’s College of Arts and Sciences, is part of a multinational team, called the PICO Collaborative, doing ultra-fine experiments to try to find just one particle of dark matter. And the most recent experiment by that team — whose results were released this week — was the world’s closest stab at that.

“Dark matter is completely unexplained by the Standard Model of particle physics that has guided us since the 1970s,” Neilson said. “The discovery of dark matter would resolve the mystery over what most of the universe is actually made of and could usher in a new era of discovery in particle physics.”

So how do you go looking for the unexplainable? For the PICO Collaborative, you go deep underground. In this case, its experiments take place at SNOLAB, an astroparticle physics research facility in Ontario, Canada, located about 6,800 feet underground in the Vale Creighton Mine. By locating the experiments underground, the likelihood that they may be disturbed in some way is ratcheted down.

The PICO Collaborative uses something called the PICO-60 dark matter bubble chamber to try to detect the presence of dark matter by superheating a “target fluid” (in this case, that’s C3F8, octafluropropane) to its boiling state. Once the fluid begins bubbling, images are captured with digital cameras to try to distinguish between dark matter particles and everything else.

Unfortunately, the particle was not found with this experiment. But science is all about building on previous work, and the PICO team is certainly adding rungs to the ladder of discovery.

Anyone interested in reading the full paper, “Dark Matter Search Results from the PICO-60 C3F8 Bubble Chamber,” can access it here.