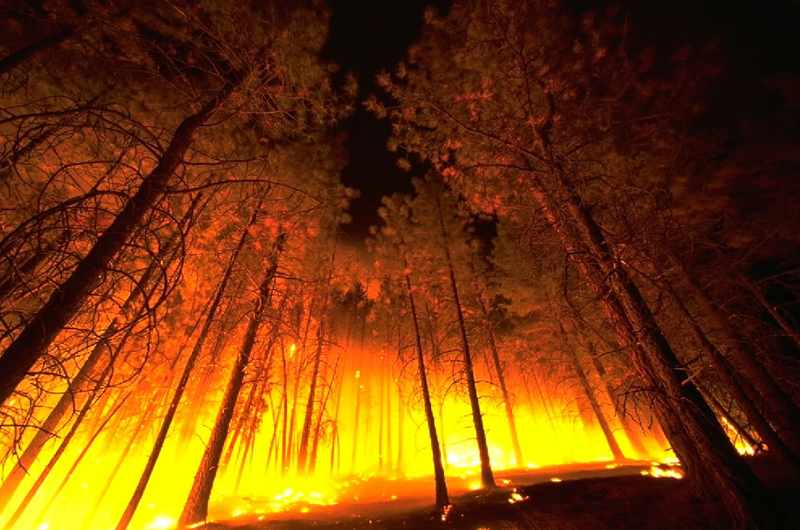 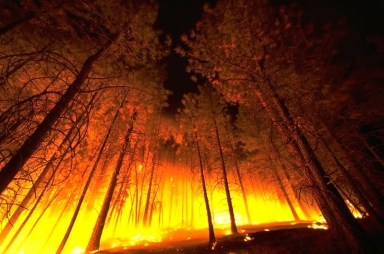 A fire that cropped up in Lovell Canyon near Las Vegas has consumed roughly 300–400 acres. With thunderstorms likely over the next few days, firefighters fear lightning could spark a new blaze.

And according to the National Interagency Fire Center, a little more than two million acres have burned so far this year in the United States as a result of wildfires.

But is that necessarily a bad thing?

Stephen Mason, a curatorial assistant of Entomology at the Academy of Natural Sciences of Drexel University, researches fires and its impacts on forest communities. Also a doctoral student in Drexel’s Department of Biodiversity, Earth and Environmental Science, Mason explained that wildfires are an integral part of the cycle of environments’ lives and humans’ zeal to contain and extinguish them quickly may actually be adding to their intensity. He explained here.

Wildfires have gotten much more frequent and more intense in recent years.

There are many reasons for this, but the main one is climate change. With climate change, droughts have been happening a lot more, meaning there is less rain. Less rain equals drier landscapes. And dried landscapes make it easier for wildfires to occur, thus more frequent.

When it comes to intensity, for decades now, when wildfires occur, humans put them out as soon as possible (or at least try to). Since people try to put out wildfires so quickly, the dead leaf duff (plant litter) builds up over time, which is something fire ecologists call “fuel load.” Without wildfires or when wildfires are put out as fast as possible, the fuel load builds up and increases. With an increased fuel load, fires that hit those areas will burn a lot hotter, a lot faster and be a lot bigger, making them much more intense.

Why are places like California more susceptible to wildfires?

California has always had more fires than Pennsylvania because its specific climate and natural system is drier. The vegetation is more susceptible to fires, too. 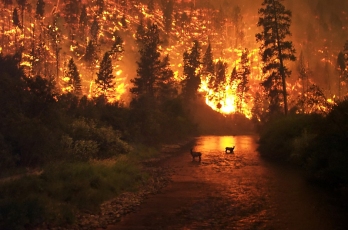 Adding climate change to the mix, California is now in its fifth drought year, making things so much drier than usual. Those factors combine to make things worse (or better, depending on your perspective) for fires.

However, locally, the New Jersey Pine Barrens has the second-highest fire frequency forest system in the country — with parts of California being the highest.

Are wildfires damaging to forest systems?

Damage is about perspective. A point I would like to make is that there is no such thing as an unburned area. Every terrestrial place on the planet has had a wildfire, just some places more frequently than others because of their natural climate and vegetation.

Thus, a wildfire might not happen in one place for 100 years, but it could happen every 500 years.

The human perspective is that we need to put them out immediately because it causes deaths and destroys buildings, etc. In that way, fires are damaging.

Looking at the forest’s perspective, though, even the most severe fires can be beneficial. They create new habitats for so many different animal and plants, regenerate and promote the next generation of trees, and increase sunlight and nutrients into the system. Fires are natural.

However, with climate change, systems aren’t as healthy as they should be. Using California as an example, all the fires occurring there is fine. It’s natural. What’s not natural is the five-year drought. So fires that are natural can be doing more harm than good because the system isn’t as healthy and resilient as it normally would be.

What would a forest naturally recovering from a wildfire look like?

It would really depend what “forest” we are talking about. Different communities evolved differently to disturbances, such as a wildfire. However, the landscape would go through a process called succession — the process of how a habitat changes overtime. A simple example would be that a wildfire would create an open field, which would eventually become a forest over time. These different habitats will host different species through the succession of the area.

In general, though, there are many species of jewel beetles and long-horned beetles that need fires to survive. Why? Because their larvae feed on dead wood. With a fire coming through, it kills a lot of trees, creating much more dead wood in the habitat than just a single tree falling over.

Moving up the trophic level, woodpeckers love insect larvae that are in the dead wood. Furthermore, owls need these dead trees still standing as nesting sites.

There are even dozens of species that are dependent on fires. Many insects are actually attracted to fires from the smoke. Many plants won’t even sprout unless a fire comes through.