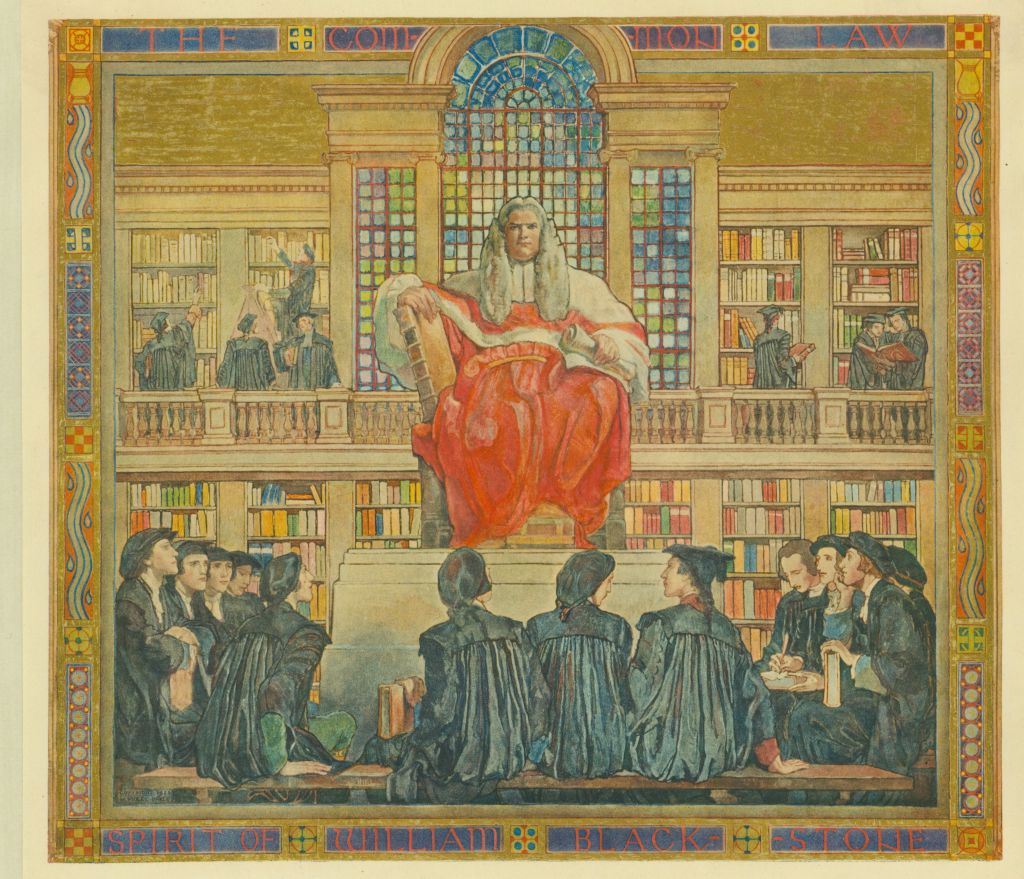 Drexel University pays tribute to one of its first, and most successful, illustration students with “Violet Oakley, A Drexel Original: Drawings and Paintings by One of Drexel’s Earliest Art Students.”

Oakley, who enrolled in the Drexel Institute of Art, Science and Industry in 1896, made a name for herself in the traditionally male-dominated world of illustration and mural painting. She was the first female artist to be awarded a mural commission for adorning a capitol building in the United States. She was the second female professor to teach at the Pennsylvania Academy of the Fine Arts, which designated her as the first woman to receive the institution’s Gold Medal of Honor in 1905.

She is best remembered for the 43 murals that she painted in the Pennsylvania State Capitol Building, including murals in the Governor’s Grand Reception Room, the Senate and the Supreme Court. For her first commission, which was awarded in 1902 to decorate the governor’s reception room, she spent four years executing a series of 13 panels depicting William Penn’s life and the founding of Pennsylvania. Between 1911 and 1920, she created the Senate murals illustrating American historical events that relate to the creation or preservation of the republic. From 1917 to 1927, she worked on 16 Supreme Court murals that traced the evolution of law in human society. About 100 years later, Oakley is still the only artist to work on decorating the building for a quarter century. A few of her sketches of the future Capitol Building murals can be found in this exhibit.

In addition to her prolific work in mural paintings, Oakley also demonstrated her illustration skills through other mediums. This exhibition features 24 pieces from the first four decades of the 20th century and range from studies of stained glass, murals, altarpieces, magazine covers and portraits of her friends and notable personages.

While attending Drexel, Oakley studied under the tutelage of Howard Pyle, a famous illustrator and author who later opened his own art school. After her studies, Oakley kept in contact with Pyle, who often sent commissions to her and encouraged her to try stained-glass design because of its technical similarities to illustration. She also befriended fellow Drexel students Jessie Willcox Smith and Elizabeth Shippen Green, eventually living together at an apartment on 15th and Chestnut Streets, followed by the Red Rose Inn in Villanova, and later at Cogslea, their home in Mount Airy. Cogslea was added to the National Register of Historic Places in 1977 as the “Violet Oakley Studio.

In 1948, almost 50 years after she studied at Drexel, the institute awarded her an honorary doctorate of laws degree for “her full talent, her technical mastery and her insight” that “have been devoted to the portrayal of that which is noblest in mankind, particularly in her paintings where love of mankind prevails over hatred and prejudice, spiritual aspiration over material ambition, and respect for law and order over those base emotions which degrade mankind and destroy civilization.”

“Violet Oakley, A Drexel Original: Drawings and Paintings by One of Drexel’s Earliest Art Students” will be on display in the Rincliffe Gallery on the third floor of Main Building (3141 Chestnut Street) until May 30, 2014.