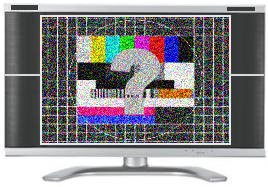 Comcast’s $45.2 billion deal to acquire Time Warner Cable would merge the nation’s top two cable providers into a media leviathan.  Over the next year, the Federal Communications Commission will have to sort out whether or not the megamerger is legal –in the meantime, two Drexel professors of media management break down what it could mean for consumers.

Will this deal pass Federal review?

While the merger creates a massive cable company from the two largest providers, the federal regulators must determine whether or not it would actually create a monopoly that would stifle competition in the market. One aspect that the FCC will look at is whether or not Comcast and Time Warner Cable are currently competitors in the same geographic markets. If they are, then the merger would, in fact, create a monopoly in certain areas.

A second qualifier could be keeping the combined market share under 30 percent of the overall cable subscriber base –a number that tends to be the FCC’s threshold for conglomeration.  This could certainly pose a challenge for a company that would now operate in 43 of the 50 largest cable markets in the nation.

“The antitrust issues are modest for cable and internet services, since they do not compete geographically with each other,” Epstein said.

“I believe that they will ultimately be below 30 percent of the U.S.,” Salas said. “There is so much said about the lack of competition, but there is always Dish or Direct TV, for video, at least, not broadband.  FIOS is a competitor in some markets.”

Comcast CEO Brian Roberts has also indicated that it would be willing to trim its cable assets in order to keep below the 30-percent cap.

Salas suggests that The Justice Department will likely try to extract some other concessions from Comcast, as will some special interest groups. This was the case during the examination of Comcast’s deal to acquire NBC Universal in 2011.

What does it mean for Comcast customers?

“In theory, the combined company should be able to extract better volume discounts from programmers, which you would hope would hold down rate increases to customers, at least increases driven by increased programming costs,” Epstein said. “But the fact is, wherever there is competition, the market -and not Comcast’s cost base- will determine the price consumers pay.”

With the largest subscriber share in the nation, Comcast would wield a significant amount of leverage in negotiating with programmers -a challenge that Time Warner Cable encountered last summer that left many of its New York customers in a CBS blackout into the fall.

“Comcast has had low key, low profile negotiations with broadcasters, either due to its clout or negotiation style, or both,” Salas said. “I would think that cable customers in Time Warner markets will now be less likely to experience blackouts.”

How will it affect what’s on television and online?

Many industry experts are suggesting that his deal sets Comcast up for a deeper push into the online, on-demand video market, challenging providers like Netflix and Amazon. Epstein contends that, even before that happens, Comcast customers could see some subtle –but calculated- changes in the content they’re provided.

According to Epstein, both new and existing Comcast customers could see more content originating from the company’s other holdings such as NBC Universal and Time Warner Cable’s regional sports channels. With the addition of Time Warner Cable’s holdings in the Los Angeles area, Comcast/NBCU will have regional sports inroads in the top 10 television markets. And by giving this regional content a broader national platform, Comcast can raise the cost of advertising.

Larry Epstein is a teaching professor and the interim head of the Arts & Entertainment Enterprise department in Westphal College. His background includes more than 25 years of experience on the business side of the media industry. Epstein has served in financial, technical and strategic planning roles in broadcast management, including 14 years with the CBS Broadcast Group and 10 years as a senior-level executive in companies serving the television industry

Philip Salas, an assistant professor of television management, has more than 30 years of experience in television research, sales and sales management. He spent 14 years at Philadelphia’s CBS-owned and operated stations as research director and in sales management positions. Salas was also part of the team that established the first market-wide unified cable sales interconnect in Philadelphia.