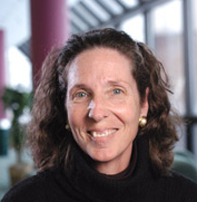 In a sports-crazed society where more than 40 million youth participate in organized athletics and the multibillion-dollar college sports industry entertains the masses, it seems counter-intuitive to argue in favor of more colleges dropping intercollegiate athletics.

But the visionary leadership of Spelman College’s president, Beverly Tatum, in questioning whether the investment in intercollegiate athletics best served the interests of her campus community is something that should inspire other college presidents. According to the National Science Foundation, 20.7 million students were enrolled in undergraduate programs in the United States in 2009. In contrast, less than three percent (430,000 in N.C.A.A., 60,000 in N.A.I.A. and 60,000 in N.C.J.A.A.) competed in varsity athletic programs sponsored by colleges and universities.

Title IX does not just apply to varsity sports but also to physical education, intramural and club sports. Depending on the school, Spelman’s example might be worth replicating.

Spelman’s choice to reinvest existing resources into a campuswide wellness program designed to address the threats to long-term health (diabetes, cardio-respiratory problems, cancer) and quality of life for students, faculty and staff represents a shift to a focus on sports for the masses rather than the few. With the advent of the “online” campus, increasingly diverse student populations, and a “modern life” dominated by sedentary behaviors, rethinking what sports mean and who college sports programs serve is a smart economic, philosophical and social decision.

The 24-hour-a-day, seven-day-a-week media coverage of top performers in college sports obscures the gaps that continue to exist in terms of access of athletics participation along gender, race and class lines. That said, varsity athletic participation for girls and women post-Title IX has resulted in unprecedented numbers of female athletes competing in varsity athletics. There has been a 10-fold increase in participation from 1972 to the present, and a 2008 Women’s Sports Foundation study found that 81 percent of girls in grades three to five have had an opportunity to participate in at least one organized sport.

Interestingly enough, Title IX does not just apply to varsity sports programs but to physical education, intramural sports and recreation, and club sports. Thus, as higher education administrators consider whether to take up the provocative challenge of Spelman’s example, it creates an opening to explore further whether women are being served throughout the sports system on campus.

Dr. Ellen Staurowsky is a professor of sport management in Drexel’s Goodwin College of Professional Studies.

This opinion piece originally ran in the New York Times on April 22. To read it, click here.