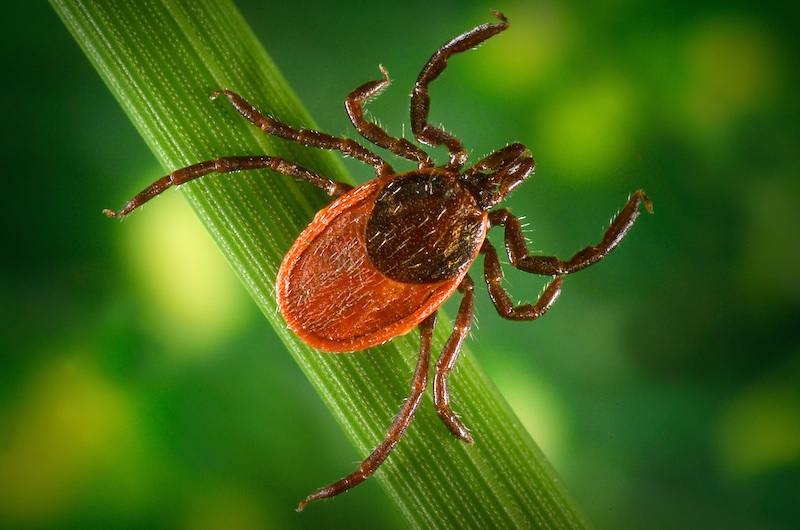 Pennsylvania is the Lyme disease epicenter, with over 7,000 cases diagnosed in 2015.

The disease is caused by the spirochete bacteria Borrelia burgdorferi, which is carried by ticks and then transmitted to humans. When treated early, antibiotics can cure most patients. But making a diagnosis is often challenging, and chronic symptoms — such as memory problems, digestive issues and joint conditions — can linger for years, even after treatment.

Chronic Lyme is a controversial issue, dividing frustrated patients and some in the medical community who do not view their disease as a persistent infection. The Infectious Diseases Society of America, for instance, does not recommend longer courses of antibiotics even when symptoms continue.

Garth Ehrlich, PhD, a professor of microbiology and immunology at Drexel University College of Medicine, studies how chronic bacterial pathogens prevail after antibiotic therapy, and he was recently quoted in an Associated Press story about a Lehigh Valley woman who contracted the disease.

Below, he weighs in about chronic Lyme disease and why it is so hard to eliminate.

What is the connection between your research and Lyme disease?
Lyme disease, in its persistent form, is most likely due to the bacteria forming a biofilm. I study bacterial biofilms, which are multicellular forms of bacteria, providing for increased resistance to antibiotics. If Lyme disease patients are not treated early enough or long enough, then it is possible the bacteria will form biofilms, and their acute disease will become chronic.

How is Lyme disease currently treated, and does that treatment work?
In many cases, Lyme can be treated by antibiotics, but it does not necessarily mean the disease won’t become chronic. There are many factors that contribute to the course of the disease, including the overall health and immune status of the patient, as well as the particular strain of the Lyme disease bacteria that they contract.

Why is there disagreement among the medical and scientific communities about chronic Lyme disease?
A few physicians involved in characterizing the disease in the early stages of its recognition staked their reputations on the fact that it only had an acute phase. But the bacteria that causes Lyme is a spirochete, and spirochetes are primarily associated with chronic infections, like gum disease and syphilis.

How is Lyme disease diagnosed? What are the challenges?
There is a huge problem with diagnosing it, and there are many reasons why it is difficult. There are two stages for the standard testing: an ELISA (enzyme-linked immunosorbent assay) is used to detect antibodies against B. burgdorferi proteins and a Western blot (used to separate and identify specific antibody proteins), which is more specific and used for confirmation of the ELISA.

Scientists are working to develop DNA-based tests, but they are not widely available yet, and they won’t be perfect. The problem with both types of testing is that there is enormous variability among the bacterial strains that cause the disease. Thus, an assay based on one strain might very well miss variant strains. And different individuals mount more or less of an immune response to the infection. If the infection becomes focal, then you might not be able to detect it with a DNA blood test.