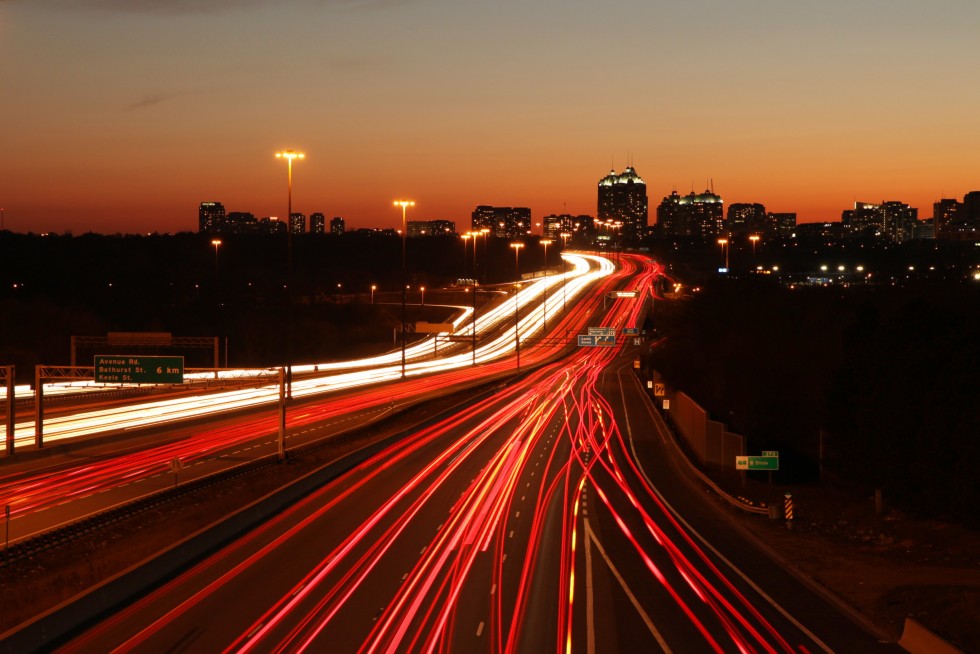 It’s been roughly a century since we were introduced to automobiles. But, as Americans buy fewer cars, drive less and get fewer licenses as each year goes by, it’s impossible not to wonder: has America passed its driving peak?

Between economic changes, the pressures of climate change and the Millennial generation’s preference for denser, urban living and public transportation, attitudes about the importance of automobiles in everyday life have certainly been changing.

Mobilities expert Mimi Sheller, PhD, recently returned from California, where she spoke on a public panel hosted by Zócalo/Metro at the Los Angeles Museum of Contemporary Art about the shift in car culture, moderated by Mike Floyd, editor-in-chief of Automobile Magazine. The event is recapped here. Sheller has also been interviewed in The New York Times and on NPR’s “Radio Times” about this topic. She also is the author of the recent book “Aluminum Dreams: The Making of Light modernity” (MIT Press, 2014.)

We checked in with Sheller, a professor of sociology in Drexel’s College of Arts and Sciences and director of the Center for Mobilities Research and Policy, to find out what role – if any – cars will play in our lives going forward.

Do you think car culture is dying out, or is the landscape just shifting?

Car culture is definitely declining in some places and for some people, though not everywhere. Many people refer to this as “peak car,” which suggests we have reached a plateau in growth. Over the last decade there has been a decline in miles driven per year per person and per household, not just in the United States, but across all of the industrial economies. This is especially the case for 16- to 35-year-olds. There has also been a decline in the number of young people getting driver’s licenses and a strong increase in their use of public transit, biking and walking to work. Of course, those who live in areas without these options are still very dependent on cars, especially in rural states.

And all of these trends have to be counter-balanced against the huge growth in car culture in China, which means we are by no means moving toward a global reduction in car demand.

In previous interviews, you’ve referred to a “culture of automobility” – what does that mean?

A culture of automobility refers to the ways in which the use of private cars got built into our urban and suburban landscapes in ways that made people completely dependent on the car as a way to get around and access things.

Once the car became so central to the American way of life, it also became part of the culture, appearing in songs, movies and the so-called “love-affair with the car.”

It also refers to the fact that other modes of travel, such as walking and bicycling, were given less respect, less space on the road and less funding, while highways and roads were heavily subsidized with public investment. Finally, it refers to the entire system that supports car-use, including highways, parking spaces, drive-in shopping strips, zoning codes, government policies and, especially, national and global systems for fossil fuel production and distribution. If we think of this entire system as part of what makes us “auto-mobile” then we can better understand the scale of changes that will need to be made if we want society as a whole to become less car dependent.

How has Millennial culture/technology affected driving?

The Millennial generation has made the strongest shift away from car driving and car ownership compared to earlier generations at the same age. Some people blame this on the recession, but the trend started before the recession and has continued – not only in major U.S. cities, but also across Europe and other developed countries. Cities have also been promoting new policies and investments in other mobility options, such as improved public transit, better bike lanes, bike-sharing and general walkability. As the pressure to reduce CO2 continues in the face of climate change, these “low-carbon” transport options will be more and more important. At the same time, the rise of mobile “smart” technologies has allowed for better access to transit information, as well as new “sharing economies” offering more options such as car-sharing, ride-sharing or on-demand car services.

Millenials are using all of these options and changing their mobility behavior in ways that may gradually shift cultural patterns and habits away from the private car.

How much will Americans’ reduced interest in driving affect carbon emissions and the environment?

The United States has seen a huge drop in transport-related carbon emissions in recent years, not so much because of the reduced interest in driving, but because of the federally mandated improvements in vehicle fuel efficiency standards. Nevertheless, the leveling off of car use for daily commuting and the growth of other modes of transport in major cities is contributing to wider efforts to plan for, and envision, a different kind of urban future—one with less congestion, less air pollution and also, eventually, “clean” transportation, including zero-emissions vehicles.

There will certainly still be people driving cars in the future, but the trend is toward planning for smaller, lighter, smarter cars in the future that might be better integrated into multi-modal ways of getting around.

What kinds of changes are needed to our infrastructure to accommodate new means of mobility (ie. bikes, walking)?

The infrastructure challenges are first to build safer roadways that will encourage more people to bike or walk. For dense urban areas this means reducing road width, reducing speed limits, and in some cases, building buffered bike lanes, bike signals, more bike parking areas and safer pedestrianized areas, pedestrian crossings and even new kinds of mixed-use streets where people have right of way. Some cities are also removing large interstate highways that cut off access to rivers and coasts or slice through neighborhoods. Many cities are investing in new metro, trolley, or light rail systems and encouraging transit-oriented development. Finally, the push for increasing our access to renewable energy means that we need to think and plan for growing solar, wind or other renewable options in parallel with growing electric vehicle-charging infrastructure, because a fleet of car batteries can become an essential part of storing energy and balancing demand on the electricity grid.

So this means that we are talking about changes, not just to transportation, but also to land use, energy grids and, really, entire ways of life.

Are we ready for driverless cars? What do we need to do to get ready?

There is huge interest in driverless cars right now and everyone is getting ready for them because, essentially, the technology exists. There are a few things that will slow down their arrival though. One is working out the insurance and liability issues. The second is working out the urban policy and law relating to their use. And the third is the cybersecurity concern about what will happen if their systems are hacked. Many car manufacturers feel more comfortable with developing semi-automated driver assistance, which is already being built into many new models, rather than pushing for the full-blown driverless car. So we will see more cars coming on the market which may be able to take over highway driving (especially where special lanes exist), automated lane changing, parking and emergency braking, but will still have a driver to take over when needed, and a steering wheel and all the usual safety features.

In the future, however, we may begin to see more fully driverless cars, and this will radically change car design – there is no longer need for a driver’s seat or dashboard. Some even claim that such cars will be safe enough that they will no longer need air bags and all of the heavy structural support, so they can be much lighter and more fanciful in design, and will not have the high energy-demands of existing cars. This trend is much easier to envision in historic city centers, for example in Europe, that may eventually ban old-fashioned, fossil-fuel cars altogether.