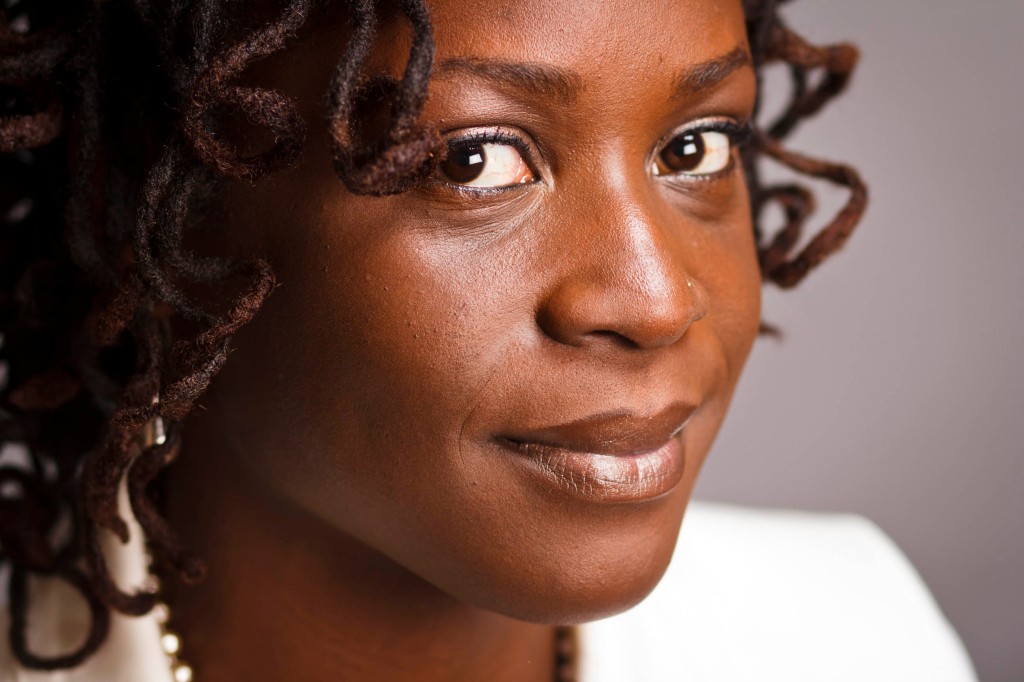 Seven-year-old Tiana Parker was sent home from school on her first day…because of her hair. The elementary  school in Tulsa, Oklahoma, deemed the dreadlocks she wore under her big, pink bow to be “faddish,” and, thus, “unacceptable.”

When Dr. Yaba Blay, an assistant teaching professor and co-director of Drexel University’s Africana Studies program, heard the story, she was outraged. One of today’s leading voices on colorism and global skin color and hair politics, Blay has committed her life to reaffirming the natural beauty of black women. (Her new book on the intricacies and nuances of racial identity, (1)ne Drop: Shifting the Lens on Race, is scheduled for release on Nov. 29.)

Moved to action by the sight of Tiana’s tears on a local TV station, Blay invited black women from across the country and around the world to share words of encouragement for Tiana and send pictures of themselves wearing their hair in dreadlocks, or “locs.”

Within 24 hours, Blay received responses from more than 100 women and girls, all of whom wanted Tiana to know that she and her hair are perfect just the way they are. Blay then compiled the messages and photographs into a digital book, which she called “Locs of Love”.

Blay’s own blog post about the story has been viewed more than 16,000 times, and media outlets across the country have picked up on the “Locs of Love” project, including the Philadelphia Daily News, JET magazine, The Root and numerous others.

Ebony.com, which also featured the story, said: “’Locs of Love’ is, in a word, breathtaking. Women and girls from all over the country—indeed, from around the world—told Tiana, without hesitation, that she is beautiful, from the top of her pretty loc-covered head to the soles of her little feet, and implored her to understand—really understand—that locs, Afros and even Mohawks, all banned by the Deborah Brown Community School, are not fads but hairstyles that have been worn by people of color for centuries. Because they are powerful. Because they are pretty. Because they are uniquely our own.”

Blay also wrote about the experience for CNN.com.

In addition to sending the book to Tiana, Blay sent copies to administrators at Deborah Brown Community School, as well as administrators at Langston University, a historically Black university under which the school is chartered.

Thanks in part to the public outcry, the school board has since voted to amend its dress code policy.

But Blay says Tiana’s story should reach farther. She asks others to share the book as well.

“I’m calling on everyone to join me in ‘singing a Black girl’s song,’ not only for Tiana, but for all the little girls who could benefit from the affirmation of their beauty and their value,” said Blay. “An intimate weaving of past and present, memory and contemporary, their stories are our stories. Perhaps if they know that we truly understand, they can be encouraged to see themselves through our eyes; perhaps they will soon be able to see themselves for what they are: Pretty brown girls. No matter her hair texture, length, color or style, please, in some way, tell a little black girl that she is beautiful today. And every day.”

After receiving the book, Tiana herself sent a text message to Blay that read: “Thank you, Dr. Yaba. My message to little girls is that they should believe in themselves.”